Australia's most famous lifeguards have weighed into a viral TikTok video showing the parking situation at their iconic beach.

A tourist staying in Bondi shared how a fellow motorist squeezed into a tight spot just millimetres behind the rear of her van.

The woman shows just how close the two vehicles were by opening and closing the rear door of her van, which narrowly avoids hitting the bonnet of the other car. 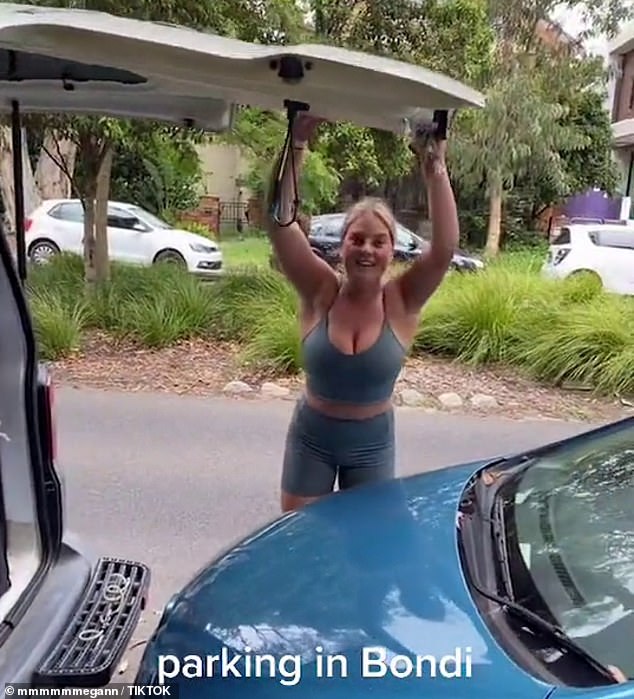 The tourist (pictured) shows how a driver squeezed into a spot behind her van, missing hitting the vehicle by millilitres

She added in the comments: 'He boxed us in. I'm too bad at parallel parking to get in a space this small.'

The video posted three days ago has since attracted thousands of views and several hundred comments, including one from the lifeguards of the hit television program Bondi Rescue. 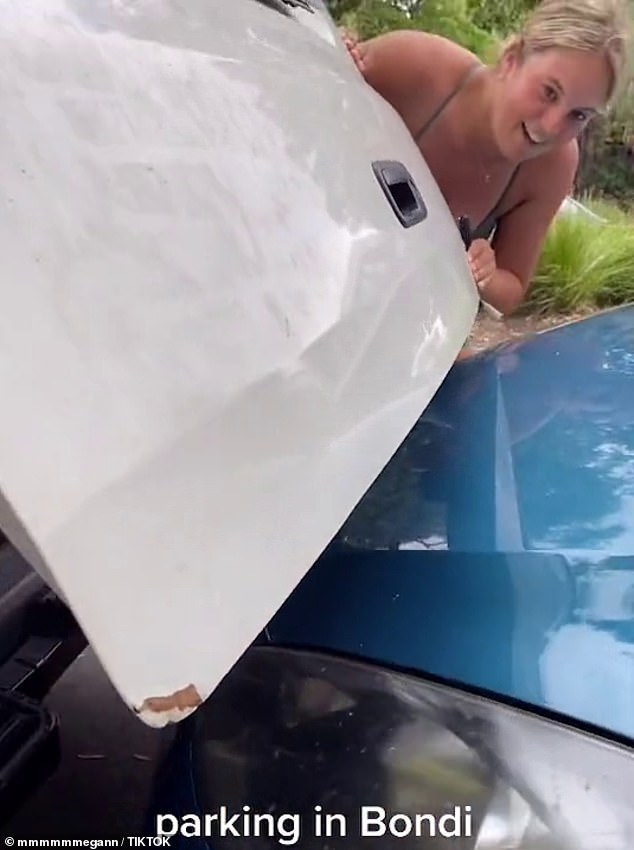 Many viewers slammed the other driver's parking skills.

'That bonnet has "key me" written all over it. What sort of flop parks that close?' one wrote.

Another added: 'Should reverse into them, then drive off. That'll teach them.'

'Slam it hard,' a third one wrote.